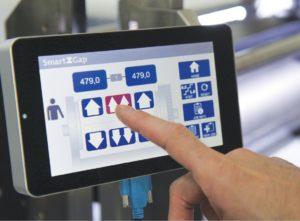 AS reported in PPM September 2019, Durban-based VR Print ventured into the digital printing market with a Screen Truepress Jet L350UV and Ecoline RDF 330 digital label converting and finishing system, which were installed and commissioned by Rotocon in June.

According to VR Print MD, Hilton van Rensburg, although other options were sought at Labelexpo, an equivalent was not found.

‘The aim of digital production is to turn things around as quickly as possible to push out the maximum number of jobs in a day,’ he remarks. ‘The Wink SmartGap Touch is world-class in terms of minimising wastage, maximising efficiencies and obtaining perfect die-cutting results time after time. It represents the future of die-cutting and, as we operate in a niche market, it’s the type of investment we need to make to maintain our competitive advantage.’